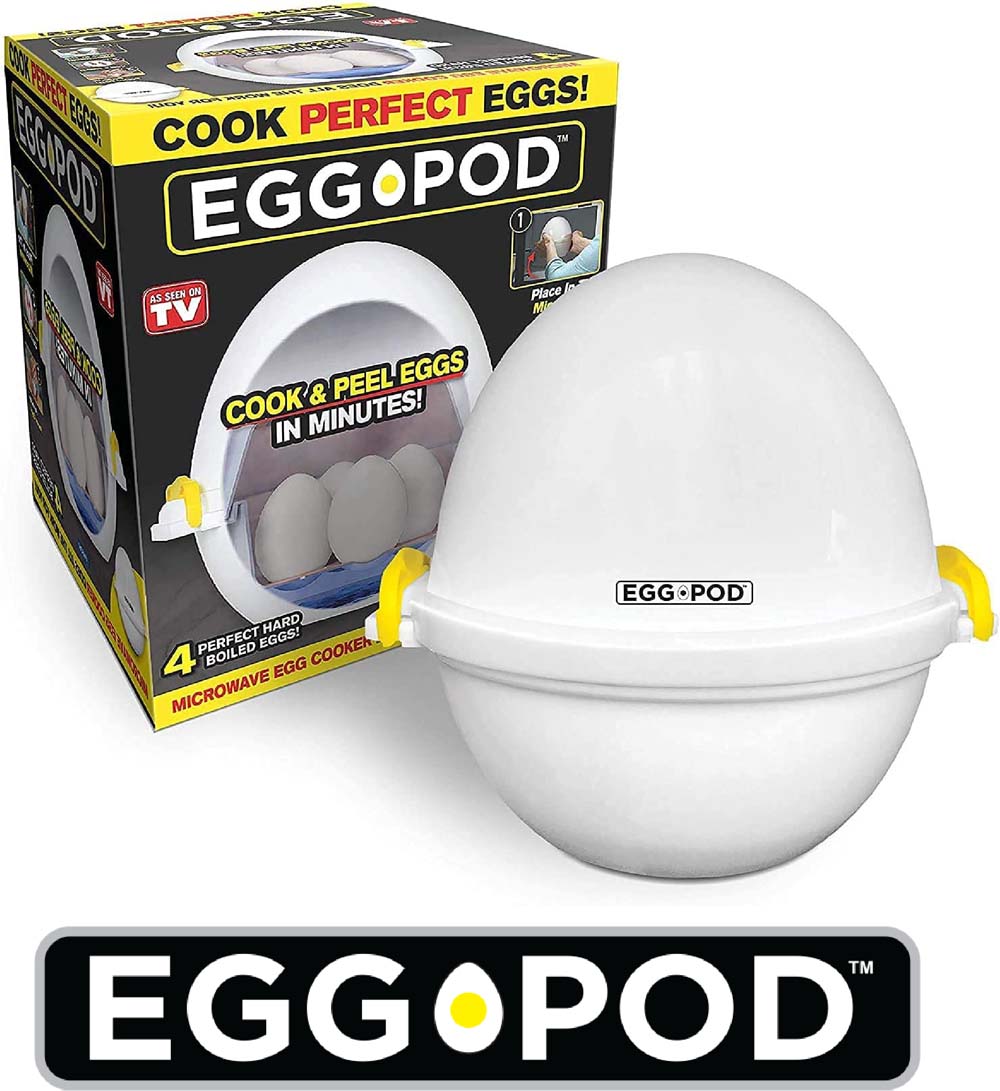 HONG KONG, January 18, 2021 – Paragon Products Ltd. announced today that it has shipped its one-millionth Egg Pod™ microwave egg cooker. This achievement comes as the advertising campaign for the product enters its second year as a nationally ranked winner.

The Egg Pod makes four, perfectly hard-boiled eggs in the microwave in minutes and then also quickly and easily removes the shells with just a few brisk shakes. It is distributed by E. Mishan & Sons, Inc. (“Emson”), a top firm in the ‘As Seen on TV’ industry, and supported by a Paragon-created television commercial that rocketed up the charts last year, eventually breaking into the national top 20 in July, according to independent monitoring firm DRMetrix.

“This is a testament to our product development team,” said Bill Quarless, co-founder of Paragon. “Our team set out to create the world’s first-ever egg cooker and peeler in one unit. After a year of development, prototyping and testing, we achieved our goal and the patent-pending Egg Pod was launched. Now, with our first million units shipped, we are very excited to reach this milestone.”

Egg Pod is the latest in a long line of hit products Paragon has launched during its 10-year history. Other well-known successes include the Bell+Howell TacLight™ flashlight and TacLantern™, Sharper Image® OwnZone™ wireless TV headphones, the RoboTwist™ electric jar opener and the Boom Touch™ portable speaker.

ABOUT PARAGON
Paragon Products Ltd. (paragonproducts.com) is a Hong Kong-based firm that specializes in creating hit products and winning commercials for the ‘As Seen on TV’ industry. Founded in 2010 by two US military veterans with deep industry expertise, Paragon has become the No. 1 product feeder to the companies that supply the top national retailers. The company identifies and develops its own items, creates and market tests its own commercials, and then mass produces and supplies these products for its partners.

ABOUT EMSON
Emson, a family-owned consumer products business established in 1946, is a leader in the direct response industry. Emson designs, markets, manufactures and sells a wide range of consumer products, including, kitchen electrics, housewares, exercise and fitness products, pet products, tools, automotive accessories, flashlights, lanterns, personal care products, electronic accessories and lawn and garden products. Emson’s products are marketed by direct response via TV commercials, infomercials and the Internet, and are sold in national retail chains, such as Walmart, Walgreens, Target, Kohls and Bed, Bath & Beyond, both in the United States and internationally, including United Kingdom, Germany, Japan, Canada, and many other countries.