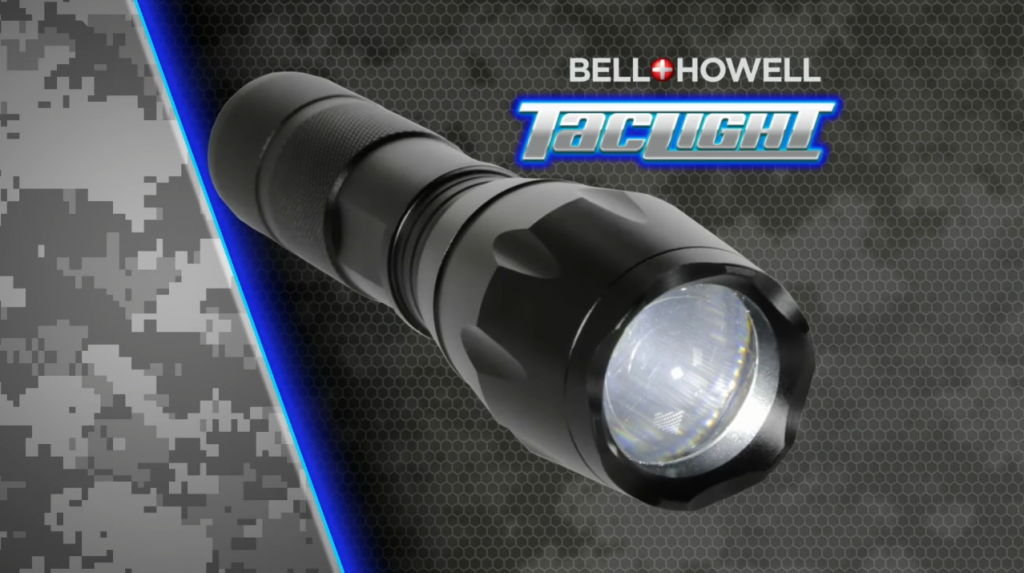 HONG KONG, October 18, 2021 – Paragon Products Ltd. announced today that the advertising campaign for its Bell+Howell TacLight™ has passed its 250th week on the preferred chart for monitoring direct-response television hits, the DRMetrix Weekly Rankings. As a result, the campaign is finishing out its fifth year as a nationally ranked winner.

The TacLight is a tactical-style flashlight promoted by TV personality Nick Bolton and distributed by by E. Mishan & Sons, Inc. (“Emson”), a top firm in the ‘As Seen on TV’ industry. Its well-known commercial features several signature scenes, including those where the product continues working after being frozen in a block of ice or run over by a Humvee military truck.

“When we launched TacLight back in 2016, we crossed our fingers and hoped for a normal success run of maybe one to two years,” said Bill Quarless, co-founder of Paragon. “The fact that we are still talking about this project as a national hit five years later is well beyond our wildest dreams. It’s really a great credit to our top-notch team of engineers, managers and experts.”

The TacLight is the flagship of the hugely successful TAC line of products that includes several innovative lighting solutions as well as tactical-style sunglasses (Bell+Howell TacGlasses™) and even a compact men’s shaver (Bell+Howell TacShaver™). All told, the line has produced 16 winners and counting, sold more than 20 million units and generated more than $500 million in sales.

Paragon Products Ltd. (paragonproducts.com) is a Hong Kong-based firm that specializes in creating hit products and winning commercials for the ‘As Seen on TV’ industry. Founded in 2010 by two US military veterans with deep industry expertise, Paragon has become the No. 1 product feeder to the companies that supply the top national retailers. It identifies and develops its own items, creates and market tests its own commercials, and then mass produces and supplies these products for its partners. For distributors, Paragon offers a consistent stream of turnkey projects supported by a team of top industry experts. For product sources, Paragon offers comprehensive resources, guaranteed payment with zero downside risk and unparalleled integrity and transparency.

ABOUT EMSON
Emson, a family-owned consumer products business established in 1946, is a leader in the direct response industry. Emson designs, markets, manufactures and sells a wide range of consumer products, including, kitchen electrics, housewares, exercise and fitness products, pet products, tools, automotive accessories, flashlights, lanterns, personal care products, electronic accessories and lawn and garden products. Emson’s products are marketed by direct response via TV commercials, infomercials and the Internet, and are sold in national retail chains, such as Walmart, Walgreens, Target, Kohls and Bed, Bath & Beyond, both in the United States and internationally, including United Kingdom, Germany, Japan, Canada, and many other countries.