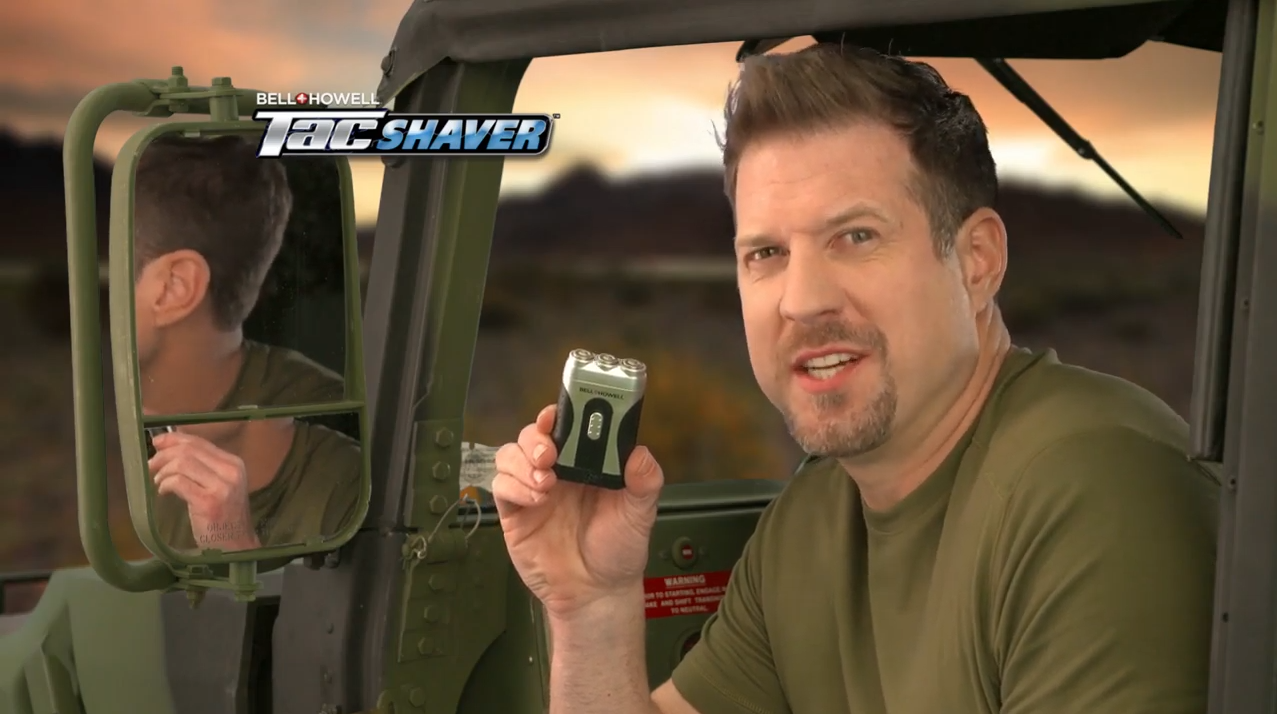 HONG KONG, May 5, 2021 – Paragon Products Ltd. announced today that the direct-response advertising campaign for its Bell+Howell TacShaver™ was No. 3 in the nation for the month of April, according to independent monitoring firm DRMetrix. This is the second month this year that the campaign has appeared in the top 10. Back in January, it debuted at seventh place.

The TacShaver is a compact, waterproof men’s shaver promoted by TV personality Nick Bolton and distributed by E. Mishan & Sons, Inc. (“Emson”), a top firm in the ‘As Seen on TV’ industry. Its well-known commercial features several signature scenes, including one where a diver uses it to shave underwater.

“Watch Nick’s genuine reaction when the diver comes up out of the water, and you’ll see how much fun we had making this commercial,” said Jordan Pine, co-founder of Paragon. “When you have a great product and great group of people, everything just clicks like that. You never know for sure, but we had a good sense about this one. And here we are, two years later, at the top of the charts again.”

Paragon Products Ltd. (paragonproducts.com) is a Hong Kong-based firm that specializes in creating hit products and winning commercials for the ‘As Seen on TV’ industry. Founded in 2010 by two US military veterans with deep industry expertise, Paragon has become the No. 1 product feeder to the companies that supply the top national retailers. The company identifies and develops its own items, creates and market tests its own commercials, and then mass produces and supplies these products for its partners.

Emson, a family-owned consumer products business established in 1946, is a leader in the direct response industry. Emson designs, markets, manufactures and sells a wide range of consumer products, including, kitchen electrics, housewares, exercise and fitness products, pet products, tools, automotive accessories, flashlights, lanterns, personal care products, electronic accessories and lawn and garden products. Emson’s products are marketed by direct response via TV commercials, infomercials and the Internet, and are sold in national retail chains, such as Walmart, Walgreens, Target, Kohls and Bed, Bath & Beyond, both in the United States and internationally, including United Kingdom, Germany, Japan, Canada, and many other countries.